There are many benefits to martial arts including self-defense, gaining confidence, and a full-body workout. They are based on core values of loyalty, justice, morality, humility, honor, and respect. They are skills you can use in real-life situations.

This is something that Member of Parliament Jagmeet Singh realized recently.

Singh was followed and verbally threatened while walking in downtown Ottawa last week, but the event did not make him feel unsafe. He credited his many years of martial arts training that made him feel comfortable in knowing he could take care of himself. 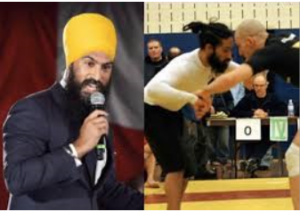 Singh said he was bullied when he was young and took up martial arts as a way to defend himself.

He acknowledged that not everyone would feel the same way in that situation. He relied on the skills he learned to remain calm and not feel threatened. (You can read full news articles by The Globe and Mail and Narcity).

In an interview with GQ in 2019, he explained why he got into martial arts:

“I got picked on a lot in school and got myself into a lot of fights. For self-confidence and probably for some self-defense, my parents put me into martial arts and I loved it. I found the discipline, training, bodybuilding, skill development, and just learning something new to be exciting. I started martial arts when I was about nine-years old and have been training in one form or another ever since. I started off with Taekwondo and some Akido. I did a lot of wrestling in high school. Later on, I did traditional boxing and Muay Thai. I did a lot of striking, but my specialty was grappling so fighting around wrestling, Jiu Jitsu, and Judo was my main focus.”

He went on to become captain of his high school wrestling team and winning the Toronto championships in BJJ. 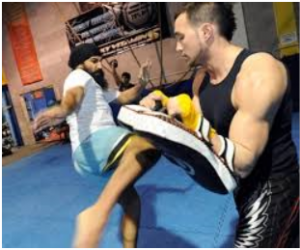 Singh said the lessons he learned in martial arts have helped him become the person he is today. His self-confidence and determination to help others is rooted in his training and his upbringing.

This is another example proving the skills learned in martial arts training, like Muay Thai and BJJ, are ones that can benefit you off the mats as well. Not only is self-defense important, but having the confidence in knowing you can protect yourself and the assurance and poise to walk away from a situation without feeling threatened is invaluable.

At OAMA we strive to teach the importance of traditional values, building character, courage, passion, resilience and selflessness. We want our students to leave feeling that they can conquer anything!

If you are looking for an activity that helps develop core values you can use in everyday life, while having fun, come experience what our classes have to offer by joining a class in-person or online. It’s something the whole family can do together!