Have you met Aramis Gadito?

He is one of OAMA’s up and coming Muay Thai and MMA fighters. With 6 fights under his belt, he is preparing for more! He is also an instructor teaching the children and adult classes.

He started in martial arts at a young age when his dad put him and his brothers in Tae Kwon Do. Aramis’s brother wanted him to compete. Seeing his potential, he signed Aramis up for a local karate tournament. He lost the fight and it lit the fire in him, starting his love for martial arts.

He joined OAMA two years ago, training in Muay Thai and MMA under Amy Reid. So far, he has 6 fights under his belt.

When asked about the challenges he faces when competing, he said “the hardest part is training. I think about losing and how bad I want to win. It becomes a source for the training…you have to push through it…Trust your abilities.”

Aramis noted the great benefits of training in martial arts, “it’s good for your mental health, relieving stress, and getting exercise. People are happy when they’re hitting the bags. If you have no interest in competing, the benefit is overall health, including losing weight and getting out of bad habits.”

Watch the podcast interview to get to know Aramis better. Keep your eye out for upcoming fight announcements as he continues to train and prepare. 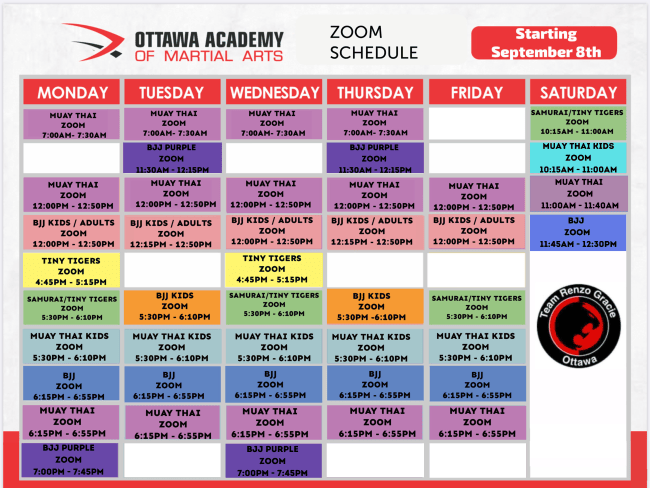 We are offering our core classes online by Zoom,
in Muay Thai & BJJ, for adults and children.

Classes are available 6 days a week, multiple times a day,
making it easy to fit your schedule.

Join in a class from home,
and get the whole family to take part!