And Another One! OAMA @ Submissions on the Shore | Ottawa Academy of Martial Arts

And Another One! OAMA @ Submissions on the Shore 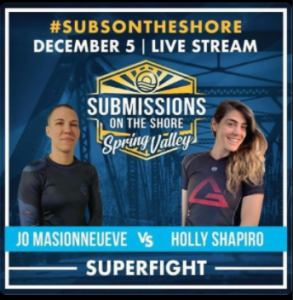 OAMA is happy to announce an upcoming Super Fight for Jo Maisonneuve at Submissions on the Shore in December!

Coach Jo loves to compete, and this tournament has competitors from all over North America!

We will post the live stream details closer to the date.

This is a fight you do not want to miss!

Earlier this year Coach Jo competed in this competition in San Pedro. The amount of talent at this tournament was extraordinary! All of her opponents were amateur MMA fighters. Even the Ref was one of the first fighters for Bellator MMA. It’s great to see females competing at such a high level!

Professor Hammer had a chance to sit down with Jo and talk about her first match. Both competitors showed phenomenal technique and a stellar display of jiu jitsu. Jo said she “worked a ton of wrestling in preparation to tighten her game”. 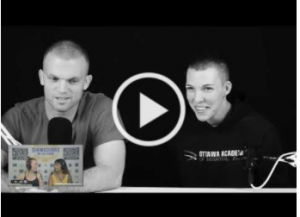 It’s a great fight to watch to learn techniques and to know when to use them. It’s fast-paced being submission only, creating a different match because they can put so much more on the line.

It ended up being an edge-of-your-seat match! And as you can see, Professor Hammer couldn’t sit still! Watch the full breakdown video to see why by clicking here.

With a great coach in your corner and an incredible team and community backing you up, anything is possible. OAMA’s mantra of “We are organized as a team and take care of each other as family” couldn’t be truer!

We have more fight review video’s, similar to this one, on OAMA’s YouTube channel. Make sure you are subscribed so you get notified as soon as they are posted. You don’t want to miss out!